I’m so excited about our Halloween costumes this year! We decided to make DIY Incredibles Costumes for the whole family. Check them out here.

You are reading: Easy DIY Incredibles Costumes for the Whole Family! 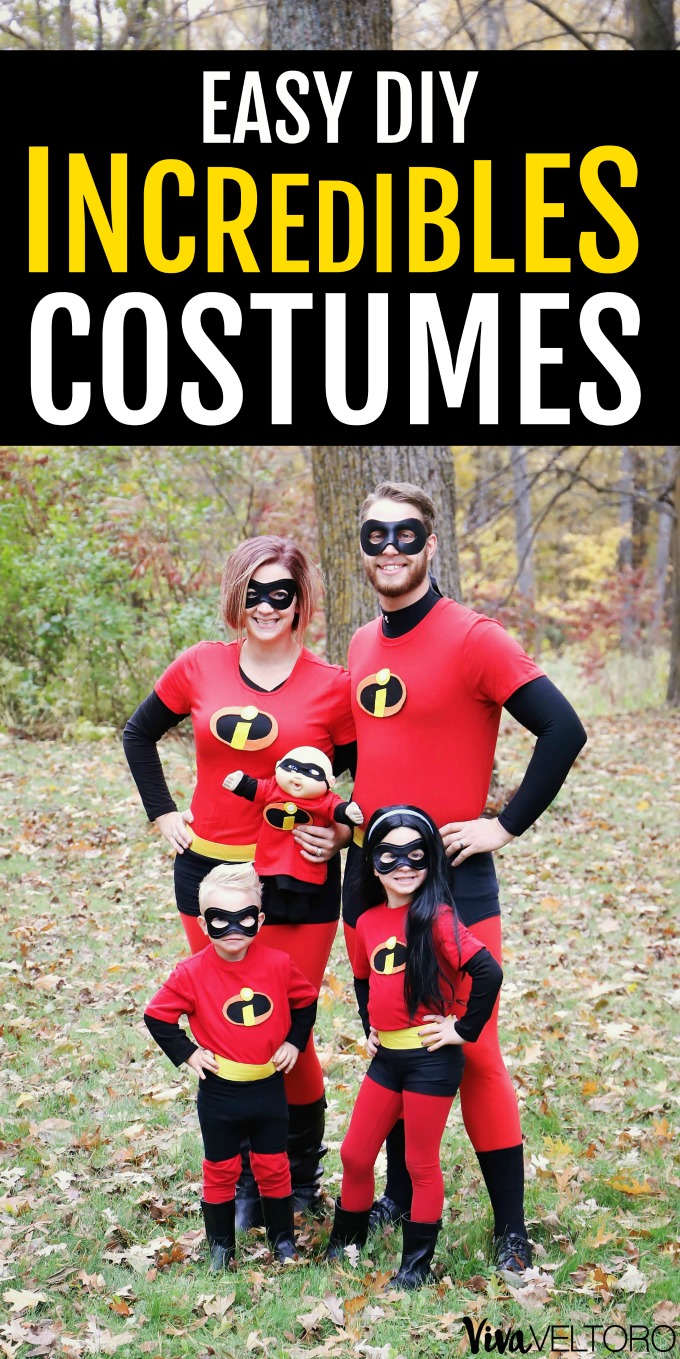 Our family saw The Incredibles 2 in theaters this year and immediately after my husband said “we should go as the Incredibles for Halloween this year!” I love matching family Halloween costumes, so I was in. The kids didn’t take much convincing either and were super excited about the idea. When we considered how we would make a Baby Jack-Jack our daughter volunteered her Cabbage Patch baby. He turned out to be the perfect way to round out our Incredibles family costumes!

I started out by purchasing red leggings, long-sleeved black shirts, red t-shirts, and some felt. We all happened to have some black shorts or underwear that would work for our superhero bottoms and I also purchased black boots. I bought almost everything from Wal Mart or Amazon. Here’s a full list of everything you’ll need: 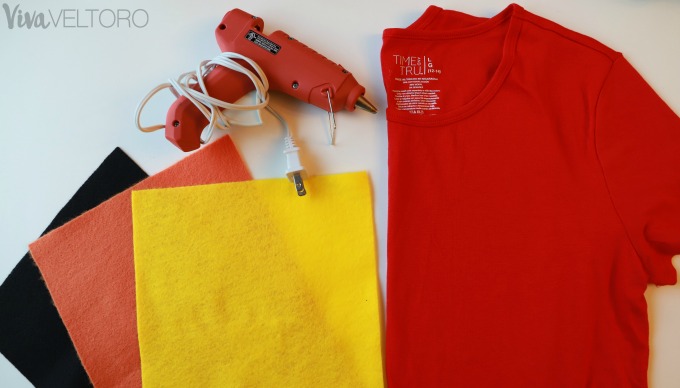 For making the logos on the shirts, I grabbed this handy pattern I found on Google. I printed the logo and then cut out the shapes, and set them on top of the felt to cut around them. Then I used a hot glue gun to put them together and attach them to the t-shirts.

Pro-tip: Put a piece of cardboard in between the shirt layers so your hot glue doesn’t stick the front and back of your shirt together. I even put one together for Baby Jack Jack on a 0-3 month shirt!

For the belts, we just wrapped duct tape around our waists. Simple as that! There’s not much that goes into the actual DIY part of this costume, but I think they turned out so cute in the end! I’m very excited to go out trick-or-treating this year and show off our SUPER family. Plus, it’s always frigid on Halloween in Minnesota, so we’ll definitely be warmer than we would in store-bought costumes. 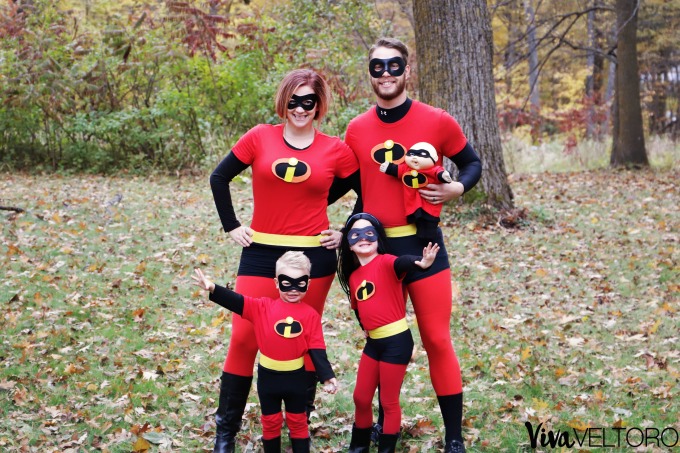 Here’s a closer look at each one of our costumes: 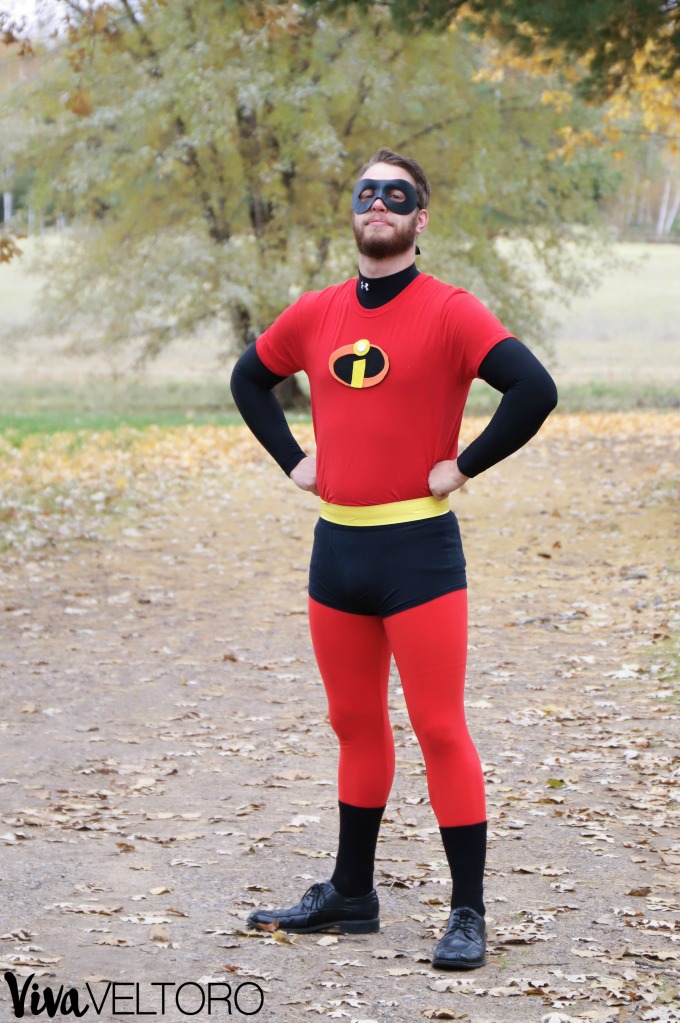 I’m so glad my husband loves to dress up in family costumes as much as I do! This may be the first time he’s ever worn leggings, but he’s such a good sport about it.

Now I may not have the tiny waist like Elastigirl, but I do have the hips, HA! I tucked my hair up to make it a little shorter bob, but for Halloween I think I’ll try a different technique. Overall I’m super happy with the costume, though!

Our daughter is SO excited about wearing this long black wig! We did put a headband on because, like Violet at the end of the Incredibles movie, our girlie has a lot of confidence! So proud to be raising this strong young woman. 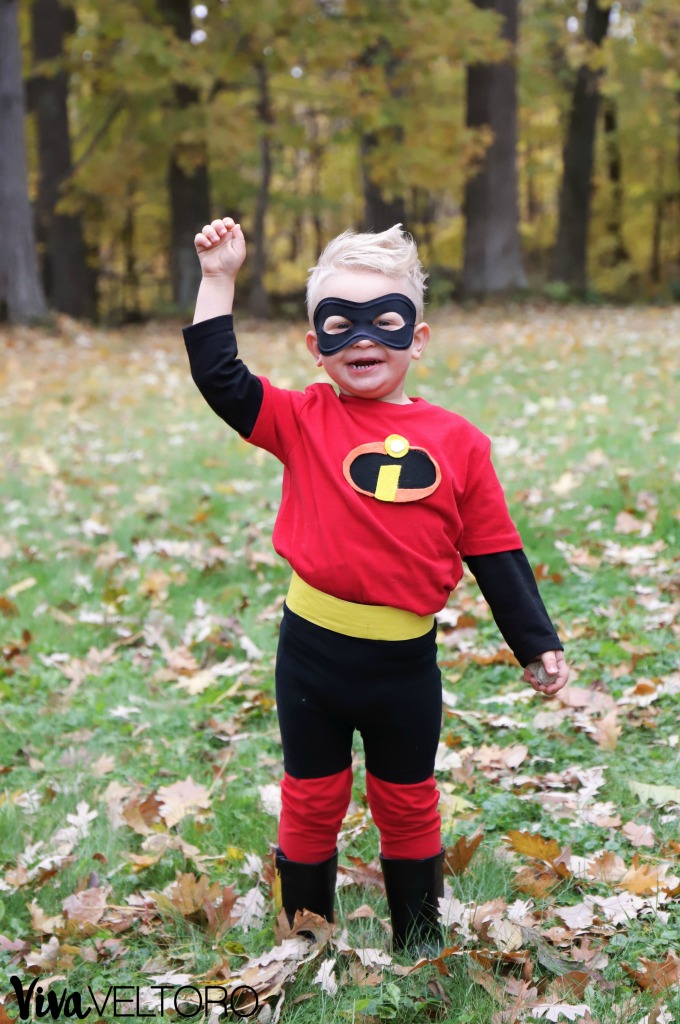 Dash quite literally fits our son’s personality and was the first reason we considered doing the Incredibles costumes. He’s SO fast and is the first one to go running into a situation which can sometimes get him into trouble (much like Dash!). Since he has blonde hair, we just gelled it up in Dash’s signature swoosh and he was set to go! 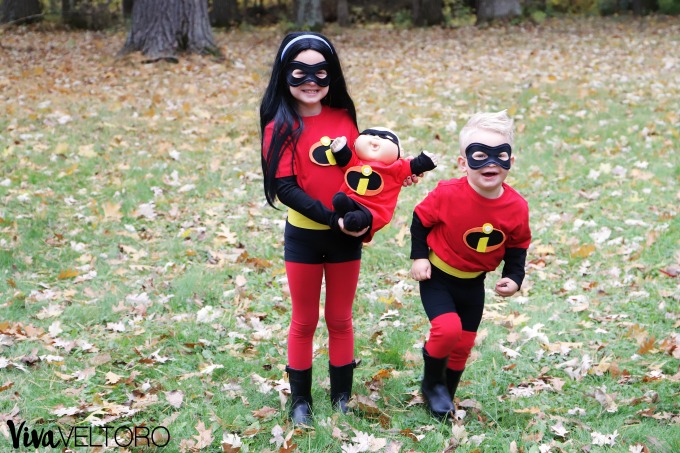 While I didn’t take a picture of Baby Jack Jack by himself, he’s also super cute in his little outfit. He’s even got his own felt mask! If this picture doesn’t fit the Incredibles kids’ characters, I don’t know what does. 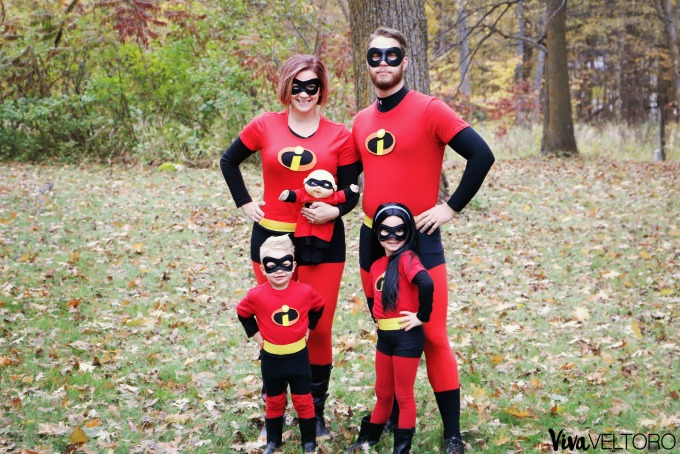 We can’t wait for Halloween!

What are your kids wearing for Halloween this year?
Will you try our Incredibles Costumes?